Why do black lives matter?

Seems like a stupid question, doesn’t it? All lives matter, don’t they?

If you’re reading this outside of North America, you may not be aware that the phrase “Black Lives Matter” — with a capital B, L and M – has become a slogan in the wake of a number of well-publicized killings of African-Americans, often by police. The slogan is saying that historically black lives have not mattered in the culture of the U.S., and we need to change that quickly. 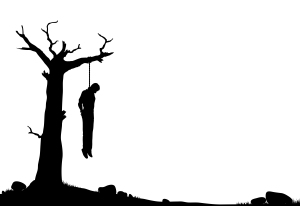 Then there are those who feel that the phrase is too in-your-face, who feel that it implies other lives don’t matter. Many of these people respect authority and want to give the police the benefit of the doubt as they do a difficult job. They are slow to believe that most of the recent killings have been unjustified.

And some liberal whites want to be supportive of the movement but feel the phrase is too divisive. I have to admit that I started out wishing it was “Black Lives Matter, Too.”

So once again we are back at one of those divides that seem to plague every discussion about race in the United Sates. Some churches that have hung Black Lives Matter banners have seen them defaced, repeatedly. And some Black Lives Matter proponents have labeled everyone who opposes the phrase a racist, either consciously or unconsciously.

The dispute seems stupid though if you ask yourself why black lives matter. Black lives matter because all lives matter, and yes there is no doubt that our history way beyond slavery has failed to recognize that.

When I started out working for a Philadelphia, PA, newspaper in 1966, police reporters were told that a black-on-black murder was not worth any space in the newspaper. A white-on-black murder was worth a short. And a black-on-white murder was a story. We were also told not to use photos of black people, other than criminals and suspects, in the front pages of the paper.

That was within my lifetime, a hundred years after slavery was abolished, and in a Northern city with a substantial black population. We still have a lot of work to do to make black lives matter in the U.S.

So I’m comfortable now with the phrase Black Lives Matter. I’m sure that many people who oppose it are indeed racist, but the phrase is not more important than what is in your heart. It took me a while to come around to it. I’m not ready to condemn everyone who is not here with me yet.