Paul McCartney was 24 when he wrote Let It Be in 1968. Although he has no objection to fans interpreting the lyrics as referring to the Virgin Mary, the inspiration for the song was his mother, who had come to him in a dream in the troubled days of the Beatles breakup.

McCartney’s mother, Mary, a midwife, had died when Paul was 14. He wrote Let It Be 10 years later after his mother said those words to him in a dream, assuring him that it would be all right.  The biblical allusions can’t be denied, though, intended or not. 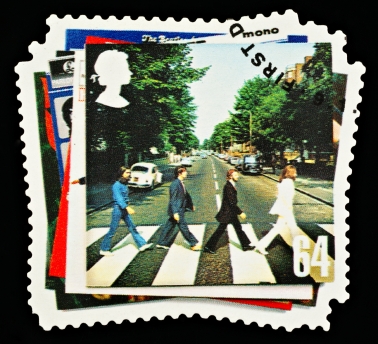 Let It Be came to mind today in a discussion with my niece Linda. We were talking about how grace seems to come to those who can accept the world as it is and let it be. I heard a progressive Christian preacher, Bruxy Cavy, say recently that when Jesus talked about the meek inheriting the earth, he was talking about the qualities of gentleness and acceptance.

Grace seems not to come when we’re tensely waiting for it, but when we relax and let it be. And often that grace seems to come to young songwriters, imparting lyrics that convey a wisdom most of us don’t attain for many more decades. Maybe there’s something about musicianship that let’s the grace in.

It was in 1968 also that McCartney wrote Hey Jude, which he says was originally Hey Jules, a song to comfort John Lennon’s son Julian  as his parents’ marriage broke up. He says he changed the name to Jude because it sounded better, but I have always heard in that song a prayer to Jude, the Patron Saint of Lost Causes. It was a calming gift to me on one of my worst weeks on earth.

Both of those songs are performed in the video below, as part of the 2010 Kennedy Center Honors, 42 years after they were written. Watch Paul’s face as Mavis Staples sings about mother Mary.