Those six words, in Hebrew, are the creed and the doxology of Judaism, sung pretty much that way in every Jewish service everywhere in the world. They mean:

After the congregation sings those words, called the Sh’ma, the tradition varies a bit from place to place, but either silently or aloud the congregation says a short blessing. When I was growing up we said: Baruch shem k’vode malchuso leyolum voyed. Blessed be the name of His glorious kingdom for ever and ever.

Those words of the Sh’ma are the fourth verse of the sixth chapter of Deuteronomy, soon after God gives the law – the Ten Commandments – to the Israelites. I’ll read the English translation and the next few verses:

6 These commandments that I give you today are to be on your hearts.

7 Impress them on your children. Talk about them when you sit at home and when you walk along the road, when you lie down and when you get up.

8 Tie them as symbols on your hands and bind them on your foreheads.

9 Write them on the door frames of your houses and on your gates.

10 When the LORD your God brings you into the land he swore to your fathers, to Abraham, Isaac and Jacob, to give you—a land with large, flourishing cities you did not build,

12 be careful that you do not forget the LORD, who brought you out of Egypt, out of the land of slavery.

That section of Deuteronomy is the answer to the question I am most often asked about Judaism. Shall we play Jeopardy? Who’d like to buzz in with the question?

The question is: What is that thing Jews hang on their door frames and around their necks?

It’s called a mezuzah, and I’ve brought a clear one with me. They’re not usually see-through like this. This is the size you might see on a door frame. A much smaller one is worn around the neck. But in whatever form, the mezuzah contains that passage from Deuteronomy on parchment rolled into a little scroll.

We don’t have anything like that in Unitarian Universalism. We have the chalice, of course, but even that has different and conflicting origin stories – appropriate perhaps for a UU symbol. I’m going to suggest a way to remedy our lack of a sacred object and matching doxology.

This mezuzah has the letter shin on it, the first letter of the word “sh’ma.” What if we replaced that with a chalice and insert into the mezuzah the most sacred document in Unitarian Universalism. There’s even a ready-made doxology to go along with it. I have asked the chorus to sing the doxology as I solemnly place the sacred scroll.

Yes, announcements, the perfect scroll for the Unitarian Universalist mezuzah. Now the opinions expressed in this sermon don’t necessarily reflect the views of the singers. They didn’t know how I was going to use their doxology. And I don’t by any means want to disparage announcements, but I think they point to how we have become a religion of doing at the expense of being.

Being, my friends, is an important religious quality. And Unitarian Universalism, my friends, is a religion, or at least I want it to be. In a sermon November 1, I talked about how I see UUism failing to grow because we’re not as welcoming, spiritually and politically, as we think we are, and I said I’d return to the subject. This is the second part of what you can call a double-header. In my next sermon, on Memorial Day Weekend, I’m planning to return to my warm and fuzzy self. Today, though, if we believed in fire and brimstone, I’d be invoking it.

I’m going to ask a series of questions, and I’ll ask you to raise your hands mentally, not physically. How many of you have done one or more of these things?

Now, there’s no zealot like a convert, and I’ve done all of those things until I reformed my ways about six months ago. I’d like you to consider doing the same for your own good, for the good of our faith’s future, and for the good of our neighbors and friends. Start claiming your faith as a religion, and stop seeing yourself as so different from those others who go to real churches.

Please watch the story in the first two minutes and 15 seconds of video below. (The rest is great, too, but that story pertains to this sermon.)

The story is a beautiful example of how even an enthusiastic teenager was eager to apply her enthusiasm to her social justice work but really wanted to avoid talking about her religion.

That was the start of a sermon by the Rev. Alison Miller at the opening ceremony of last year’s Unitarian Universalist General Assembly. She happens to be the only candidate currently nominated for the position of UUA president. It’s a long story why there’s only one at the moment, but it’s likely that a second candidate will be put forth. The election will be held at the General Assembly in June 2017.

See, we’re not so different from all those others. We take about as long to elect a president as the country does. But at the end of the process, I’m hoping that we elect a leader who can show us the way to our own version of a promised land. I think Alison Miller may have that leadership quality.

I shared some numbers in my November 1 sermon showing that since the Unitarians and the Universalists merged in 1961 our numbers have been stagnant, with slightly more than 1,000 churches and slightly more than 150,000 adult members. At the same time, our population has been aging, so the children enrolled in religious education have declined over those years by 36 percent to about 50,000.

While it’s true that in recent years stagnating is not so bad when compared with mainline Protestant churches, the longer-range comparative picture is dismal. And stagnating ain’t so great when you’re tiny. The Wicca religion has more members than we do.

Many of us have turned away from the Catholic, Protestant and Jewish faiths we grew up with, at least in their fundamental forms. We seek either a more progressive approach to our traditional religion — an interpretation that makes room for science and conforms to our common sense — or perhaps a different religion, one less rigid. If we UUs were as inclusive as we think we are, we’d be a great home for those people.

I’ve come across another statistic since the November 1 sermon. In its progressive Western forms, Buddhism offers another home to those who don’t feel served by more rigid faiths. Like UUism, it is non-theistic and encourages validating your beliefs through your own experience, but unlike UUism it employs religious symbolism and tradition. Over the last 50 years as UUism stagnated at around 200,000 members in the U.S., Buddhism went from our size – 200,000 – to 3 million, a 15-fold increase. Some of that was because of Asian immigration, of course, but a significant portion was from European-Americans and African-Americans. 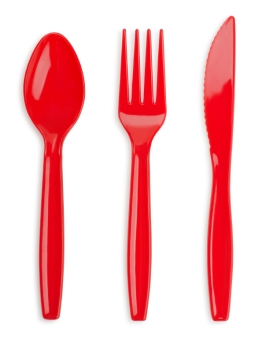 We don’t need to shave our heads, sit in the half-lotus position and wear robes to be appealing to more folks, but we do need to open up about our belief systems – the being as well as the doing – and we need to be more genuinely inclusive.

Let me tell you about some friends of mine. One stopped coming to a UU church because at a social event at her home she felt criticized for using plastic utensils. Another started attending a UU church and when someone from the Membership Committee left a message on her voicemail about a path to membership, she didn’t return the call because she was afraid she’d have to join a committee. She told me she’d be fine with pledging but just doesn’t have time for anything else.

I have felt unwelcome here in this congregation a couple of times over the years because for awhile I made my living owning an insurance agency. Being a business person is OK in UU churches only if you’re an artisan, an artist, a technical consultant, or a healer. All others need not apply, or so it seems. I had been a UU long enough, however, that I stuck with it through a few insults, one from the pulpit during a lay sermon.

And, finally, let me tell you about another friend of mine. She happens to have been born into a seriously wealthy family with ancestors you’d read about in European history books. She went to divinity school with the intent to become a UU minister, and she still considers herself a UU, but she is no longer a UU church member or even a regular attendee. When she does attend a UU church, her experience has been to feel excluded and vilified during coffee hour as the conversation turns to the hated 1 percent.

She didn’t choose the family she was born into, or the traditions with which she was raised. And, of course, she shouldn’t feel obliged to deny her own heritage and identity when she mingles with church-goers in her chosen faith. She feels that UUs don’t realize how tight we draw that circle. You know the one: He drew a circle that left me out. And I agree with her. She has started a blog, anonymously, to show UUs how we draw circles, and she calls it: We Are the 100 Percent. She has put just three posts up so far, so it’s not quite ready for prime time, but send me an email if you’d like a link to it.

Social justice – the way that we act in the world – is important. But I think in a religious community who we are comes before what we do. Let’s greet newcomers by asking why they came and what they believe. And let’s really listen to their answers. We wouldn’t shove a pledge card in front of a newcomer right way. Let’s not push a petition or a position paper on them right way either. And when we do talk about social action, let’s start with the spiritual beliefs that drive us to act.

Above all, let’s assume the best of each other. Let’s assume that you and I and Mr. First Timer all want a world that affirms and promotes the inherent worth and dignity of everyone and the interdependent web that connects us all – even if we disagree on the tactics needed to build that world. And even if we are physically or emotionally unable to do anything about it right now.

And let’s not be afraid to call ourselves proudly religious, and to wade together in the water of our faith. Which bring us to hymn number 210.