I said yesterday that I’m slacking off on my blog posts while my wife and I move to a new home, but then I saw Chris Amedy’s thoughtful post The Revolution Will be Televised, and I decided to write a short reply here. 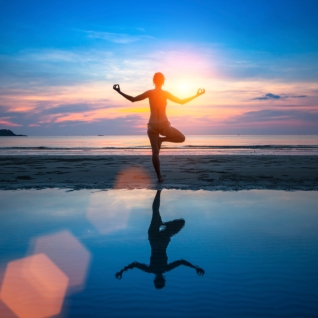 I see hope for a better world, and I see it coming from religion — progressive religion, progressive spirituality. While there’s no doubt that in recent decades the “fundamentalists” have dominated the stage in many of the world’s religions, there is nothing fundamental about their views. And people who value the spirit of the great religious teachers are beginning to see that.

While it’s misleading to believe that all great religions are the same, they do agree on some version of the Golden Rule. The Buddha said: “As I am, so are these. As these are, so am I. Drawing the parallel to yourself, neither kill nor get others to kill.”

I believe we all long for spiritual wholeness. By some ironic linguistic mutation, we call “progressives” those who want to return to the spirit of the great teachers and “fundamentalists” those who have forgotten what religion means. But by whatever name you give it, the voices of love and compassion are growing louder in Christianity, Islam, Hinduism, Buddhism, and many other religions.

To stick with what I know best, I’ll list some names of progressive Buddhist teachers: the Dalai Lama, Thich Nhat Hanh, Jack Kornfield, Tara Brach, Bikkhu Bodhi, Lama Surya Das, Dzogchen Ponlop Rinpoche. There are many more in Buddhism and other spiritual paths.

If we are going to make the world a better place, we need to support prophets like these, evangelists for the love known as agape.