What’s the difference between a community college in Roseburg, Oregon, and a Doctors Without Borders trauma hospital in Kunduz, Afghanistan? Sounds like the first line of a joke, but it’s serious. Deadly serious.

You have heard by now that, in Roseburg, a student took six guns to class with him and killed nine others and himself; in Kunduz, a U.S. airstrike directly on the hospital killed 22 people, including 12 staff members.

President Obama and many others have cried out in anguish about the school shootings. Why haven’t we learned from this phenomenon that keeps repeating? Why don’t we pass stricter gun laws? Although I agree with the call for more gun controls,I don’t see guns as the root of the problem. 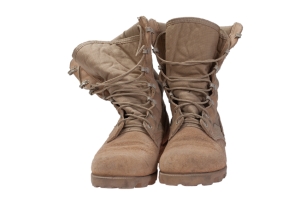 The root of the problem may be related to the reaction in the United States to the hospital massacre. Reaction? What reaction? Have you heard any anguished cries from the President or other leaders about the hospital bombing? I haven’t.

Wars kill the innocent, just as sick people with guns do. War has been called a sort of mass insanity, but without a universal draft most of us don’t have any close contact with it. We haven’t been outraged by war and anguished over its innocent victims since September 11, 2001, when our buildings were the target.

The U.S. reacted to 9/11 by going to war with our all-volunteer armed forces. In the long run, what that achieved was to export the violence. We send our young men and women halfway around the world to kill and be killed. Those who do come home do so with scars emotional as well as physical. And any time there is war, there is collateral damage like the Kunduz bombing.

Our problem is not just guns, and it’s not just mental illness, at least not on the individual level. Our culture is ill, and maybe its illness has a lot to do with a distant war “we” have been fighting for 14 years against an enemy we can’t identify clearly. I put the “we” in quote marks because so few of us have a direct connection to it. But the war is waged in our name, which is all the more cause for outrage. Nevertheless, we limit our outrage to incidents like school shootings, where we pretend we can’t be blamed.

I don’t claim to know how to get out of the mess we have created, but at the very least we (leaders and citizens) need to own up to our role in school shootings and hospital massacres. We all create the culture that fosters them.