Jack Kornfield has said that every once in a while he spends a day imagining that everyone else is a fully enlightened Buddha who has been sent to teach him something. It’s a useful practice, even if you can keep it going for only an hour or so.

I’m grateful to all of my teachers. That includes the minister who, when I was president of a congregation, submitted his own performance evaluation to the denomination’s director of ministerial settlement over my name, without my having seen it. It includes the rabbi who, when I was 18, gave a homily during a solemn service complaining about people like me, who came to the synagogue without being members and paying dues. At the time, my mother and I were barely scraping by and could not afford membership. 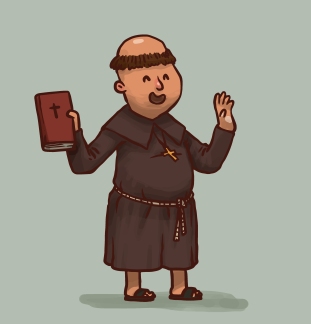 That minister and that rabbi each taught me a lot, as did some of the wonderful Unitarian Universalist ministers I’ve known in my 30-some years in that religion. I won’t attempt to name any of them for fear of leaving someone out. There have been many.

Buddhism is my primary spiritual home, and I especially thank Lama Surya Das, Thich Nhat Hanh, Anh-Huong Nguyen, the Dalai Lama, Tara Brach, Jack Kornfield, Bhante Henepola Gunaratana, James Ishmael Ford (who is a UU minister as well as a Zen priest), and some great teachers of the past, such as Marpa, Longchenpa, and Milarepa, as well as the historical Buddha, Siddhartha Gautama, and the earliest disciples who carried his words to the next generation.

But the teachers contributing the most to my spiritual growth were not people. They were events. They were my personal tragedies, the mud from which my lotus has bloomed. I list them here not for your sympathy, but so you may see them as my educators:

We all have pain in our lives. That we suffer is the first of the Buddha’s Four Noble Truths. My list may have more dramatic traumas than yours, or it may not. If I could start over again and omit some of those, of course I would. But they happened, they pointed me toward spiritual healing, and they are my greatest teachers. For what I have learned from them, I am grateful.