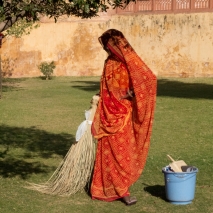 On the 125th anniversary of the birth of the Indian Dalit hero known as Babasaheb, James Ford, Soto Zen priest and Unitarian Universalist minister, wrote this fitting tribute in his blog, Monkey Mind: B.R. Ambedkar and the Dalit Buddhist Movement.

Babasaheb created a new form of Buddhism to fit his people, the Dalit, formerly known as Untouchables. I hesitate to classify him, but you can pick your own hero of the Civil Rights movement in the United States to compare him to.