There we sat Friday night in a deserted part of a supermarket’s eating area, discussing a program to address the high rate of suicide, addiction and other problems in our high schools:

We had gathered to talk about getting our program into more schools, but inevitably the conversation became personal. Parents can’t help feeling responsible for what happens with their children. It’s summed up for me in the lyrics to the song Summertime: “…there ain’t nothin’ can harm you with Daddy and Mammy standin’ by.” We wish we could live up to that promise. 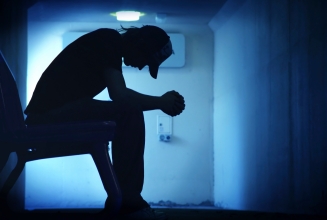 I heard from my two friends what I often hear from my wife, the wish that their careers were different and they could spend more time at home, especially when the children are teenagers. The problems are real. In the county where I live, five public school students have committed suicide in the most recent one-year period. And I know from what I have seen that alcohol and drugs are easy to get in schools.

Nationwide suicide is a leading cause of death among middle-school, high-school and college-age youth.

It’s common, and understandable, to see drug use and suicide among young people as a failure in the family. Modern economic and societal pressures push more parents into the workplace, but I’d like to gently suggest to the women I talked with Friday, and to my wife, that their understandable feeling of responsibility is a form of what we Buddhists call clinging. For most of the history and pre-history of our species, mothers have put in long hours when they couldn’t pay close attention to their children.

Mothers and fathers both now cling to our own sense of self-importance and to our images of our children as, well, children. In fact, the teenage years are when they are least open — often hostile — to our presence in their lives. What’s missing is the tribe. What’s missing is close relationships with other adults who can help children handle the transition to adulthood.

The fearful and litigious times we’re living in have made it harder for adolescents and adults from outside the family to bond. Teachers and school counselors must adhere to strict boundaries or risk hostility from parents, reprimand from superiors, or even legal action. Children from a young age are taught to be wary. In stores and restaurants, I am much more careful than I used to be about interacting with someone else’s child.

One of the most embarrassing moments of my life came on a business trip to Sacramento. Representing the treated-wood industry, I made a call on the headquarters of the California Environmental Protection Agency. As I left, I noticed the type of wood used for the play-sets outside the building and took a photo as I walked by. A woman with a very red face chased me down the block and demanded the film in my camera. I had not given any thought to the children on the play-set, but she believed strongly that I was a pedophile or a potential kidnapper.

Remembering the phrase about the economy from the 1992 presidential campaign, I keep reminding myself It’s the tribe, stupid! We homo sapiens evolved to work in tribes in which all adults felt free to oversee the children. If teenage rebellion existed then, adults and rituals away from the nuclear family channeled adolescent emotions in another direction.

That’s what we’re missing today. We do occasionally hear of an athlete whose life was set right by a coach, but then we also hear about Jerry Sandusky. Church communities sometimes work to provide more adult support for teens, but we all know about cautions there as well.

I don’t have the answer to helping more of our children into adulthood, but I’m sure it will involve a community of adults who can win the trust of adolescents and who are in fact worthy of that trust. The program we’re working to bring into more schools in my county is called Sources of Strength. I’m not an expert, but I’m on board to give it a try.