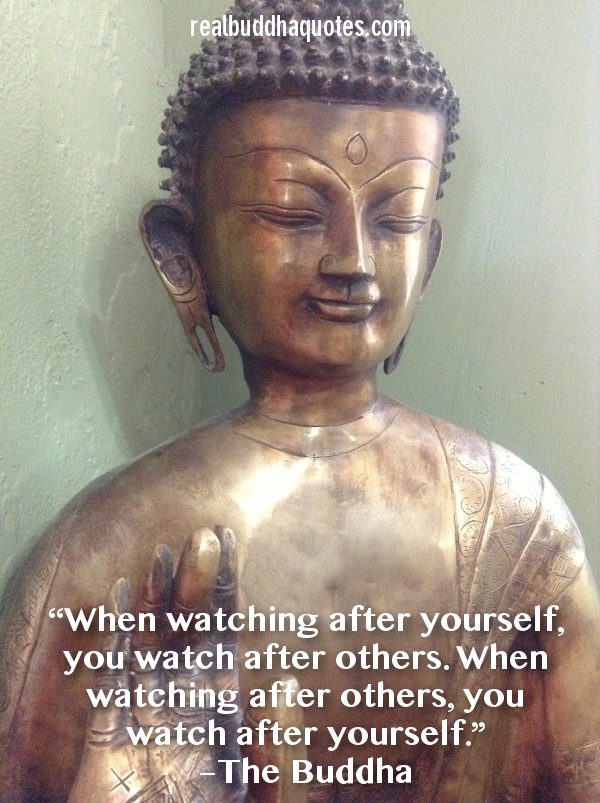 Buddhist teacher and scholar Bodhipaksa created the website after first building one at fakebuddhaquotes.com. It’s amazing how many contemporary-sounding quotes are attributed to the Buddha, who did not usually speak in short, snappy sentences. The quote above is an exception. When you see a quote attributed to the Buddha and react with amazement, check it out first at Fake Buddha Quotes. Bodhipaksa does considerable research to trace the origin of quotes that are dubious.

Of course, it’s hard to be sure that the Buddha said any of it exactly as it appears in the Buddhist canon. Here’s what Bodhipaksa says about that:

The concept of a genuine quote from the Buddha is not straightforward. The Buddha never wrote anything down, and his teachings were passed on only orally for several hundred years. Lots of things happened in those intervening centuries, including a certain amount of rewriting, recombining, editing, and political manipulation of the teachings. So we can never be sure that anything in the Buddhist canon was ever said by the Buddha. But for the sake of simplicity we’ll refer to quotes from the canon as “real Buddha quotes.”

I’m sure you’re already aware of the fake quotes from many other historical figures you encounter on the internet. Instead of music, I’ll close this post with a warning on that subject: