I’ve been thinking a lot about racism and ethnic hatred since I blogged my way into an inferno two months ago. I’d rather not rehash that, but you can get a taste of it here. I’ve also been learning more about and reflecting on my own ethnic roots via genealogical research, which leads me deeper into the tragedy of our inhumanity toward one another, 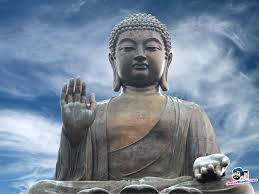 We Buddhists talk a lot about the illusion of “self.” This being we call “self” changes from moment to moment and is made from the same cosmic dust as everything else that we perceive. So my “self” is more like a wave in the ocean than a discreet entity. We need a sense of self to get by in the world we live in, but the Buddha warns against clinging to it.

Maybe we all should start talking more about the illusion of “group.” It’s every bit as illusory as “self,” and I suspect that it is even less useful in today’s world. Yet we seem to be clinging tightly to it. The radical right sees race and ethnicity behind every evil. Members of liberal religions in the United States, like Unitarian Universalism and the United Church of Christ, are being asked to have “hard and honest conversations about racial inequality” while we bury ourselves deeper into racial and ethnic categories.

A June 4 post on the United Church of Christ Facebook page gave 10 Ways You Can Actively Reject Your White Privilege. Here are two of the ways:

#1 Take up minimal space during anti-racism dialogues and protests.

#10 Recognize that you’re still racist. No matter what.

So, as some Facebook posts do, that one generated a heated debate. The more the debate continued, the more categorical the arguments became, with many posters fitting each other into rigid groupings.

If I’m only half white, am I only half privileged? Should I half despise myself as being half racist? Is my husband still racist since he’s in an (at least half) interracial marriage? My kids are bilingual and 1/4 POC, but their skin is white, so, are they still considered to be raging lifelong racists?

Then yesterday morning, as the first news broke about the shooting at the practice field for the annual Congressional baseball game, a Unitarian Universalist Facebook friend of mine, a white strong supporter of racial equity in UUism, posted this on Facebook:

As soon as I heard “Shooter taken into custody,” I knew he would be white.

That was before we knew the identity of the shooter or that he had died. I guess my Facebook friend figured that the cops determined what race the shooter belonged to before deciding how accurately to fire their weapons. As it turns out, the shooter was indeed white, but if he was alive when “taken into custody,” he didn’t last long after that.

Enough already! To paraphrase Rodney King: Can’t we all be individuals?

Let’s see what groups I fall into. I’ve had my DNA analyzed by both ancestry.com and 23andme.com, with results almost identical. Using the 23andme findings, my ancestry is 99.8% European and 0.2% East Asian or Native American. I suspect that 0.2% is East Asian since my father and my maternal grandparents immigrated to the U.S. from the same small village in what’s now Belarus. I doubt there were many Native Americans there.

Here’s a deeper dive: My ancestry is 98.4% Ashkenazi Jewish, 0.8% other Eastern European, and 0.7% “Broadly European.” So I’m easy to fit into a group: White Jewish male. And although I live now in Northern Virginia, my speech patterns are Northeast urban Jewish, formed over my first 44 years, which I spent in Philadelphia and New York City.

I have white privilege in the U.S. Women don’t hold their purses tighter when I enter an elevator, and cops usually talk to me with respect. But I’ve found that, living in Virginia and traveling south, my appearance, my speech, and my hint of Jewishness do make some uncomfortable, even intimidated, and I feel awkward when I visit places where my parents and grandparents would have been barred. That’s not equivalent to the experience of most African-Americans or Latinos, nor is it to same as anyone else’s, but it is my experience.

I’d prefer to be seen as an individual, and see others as individuals, even if the self is an illusion. The group is an even worse basis for “hard and honest” conversations.

Because my maternal grandparents immigrated around the turn of the Twentieth Century and my father immigrated in 1921, no one in my family tree had anything to do with slavery.

Well, that’s not exactly true. My maternal grandmother spent her childhood in the late Nineteenth Century in indentured servitude, living on the scraps left by the disabled child she cared for. And I recently learned that my paternal grandfather, when in his 60’s and infirm during the First World War, was forced into harness to pull a plow so the German troops would have vegetables. I guess my ancestors did have something to do with slavery; they were enslaved.

Although I also lost two uncles, two aunts, and five first cousins in the holocaust, that doesn’t make me qualified to understand the experience of living in a black skin. It does mean, though, that I have some understanding of oppression.

Cultural, institutional racism is real, but the way to overcome it is to be in conversation as individuals, listening to others’ stories and telling our own, without clinging either to our selves or to our groupings.